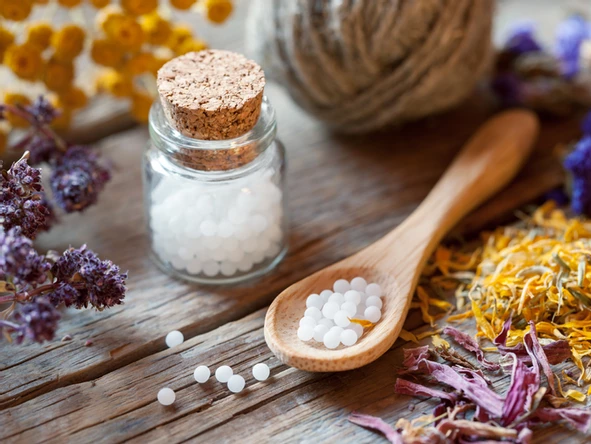 Often people who are starting to use homeopathy at home and are learning how to prescribe for their families will say: but it will have to get worse before it gets better, doesn’t it?

Well, that is partly a myth. I’ll explain the grain of truth that’s in it to you in a moment.

Basically, most well chosen remedies will just make the person better, sometimes rapidly, sometimes gradually. An odd time it may happen that there is a brief intensifying of symptoms, a so-called aggravation. If this happens it should be of short duration, followed by improvement, in which case we could call it a healing response: the body has to throw out the disturbance, as it were. For example, if you have a cold and, following the administration of an appropriate remedy, you experience more of a nasal discharge for a while it would mean that the body is getting rid of toxins by the normal channels of elimination. So that’s a good thing really!

I want you to understand here what a “positive aggravation” can look like.

There is another kind of aggravation we don’t really want to see. This one is entirely preventable, as we shall see.

Let’s say you have a toddler who is teething badly, being irritable and in pain, especially on going to bed. You have chosen the remedy Chamomilla – good choice! – and give it to your toddler. After the first dose your toddler calms down and actually goes to sleep without too much of a fuss. Because it helped so well you decide to give some more doses of Chamomilla the next day, just in case, and by evening you have a screaming child on your hands. You try another dose of the remedy and there is absolutely no effect. So what has happened?

The answer is simply that you have produced an aggravation by repeating the remedy too frequently when it wasn’t needed. One of the principles of homeopathy is: What a substance can cause it can also cure – turn that around and you will understand that by giving a substance too often it may actually cause the symptoms it was meant to help with.

The good thing is that such aggravations pass off when the remedy is discontinued.

So, here is the correct way to give a homeopathic remedy:

Usually in home prescribing we use a 30c potency. Give one dose and wait to see if there is an improvement (in very acute trouble, like the teething baby). Often this is enough. If things get better but later get worse again, you can repeat.

If there is something like a flu-like illness you would usually give a remedy three times a day for a couple of days. When there is clear improvement, stop the remedy. Only repeat if symptoms return or plateau and don’t resolve after a few days.

I hope this clarifies some of the questions you may have about remedy aggravations.

Gift a treatment voucher to somebody else